Head Coach Leavell Wall was awarded the State Coach of the Year Award for AAA Girls Cross Country.  Coach Wall is in his first year as a coach on the staff at Seneca High, after working as an assistant track and cross country coach at James Island High School for several years.  Coach Wall has used his energy and passion for coaching to lead the girls’ cross country team to a AAA State Championship in 2018.  Coach Wall will be coaching spring track, working with the sprinters. 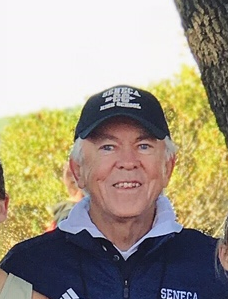 Please congratulate these coaches if you see them around the community for their dedication and service to our student athletes.

No Events This Week

Events are added by athletic staff.
View All Events